5 warning signs of misconduct in the workplace 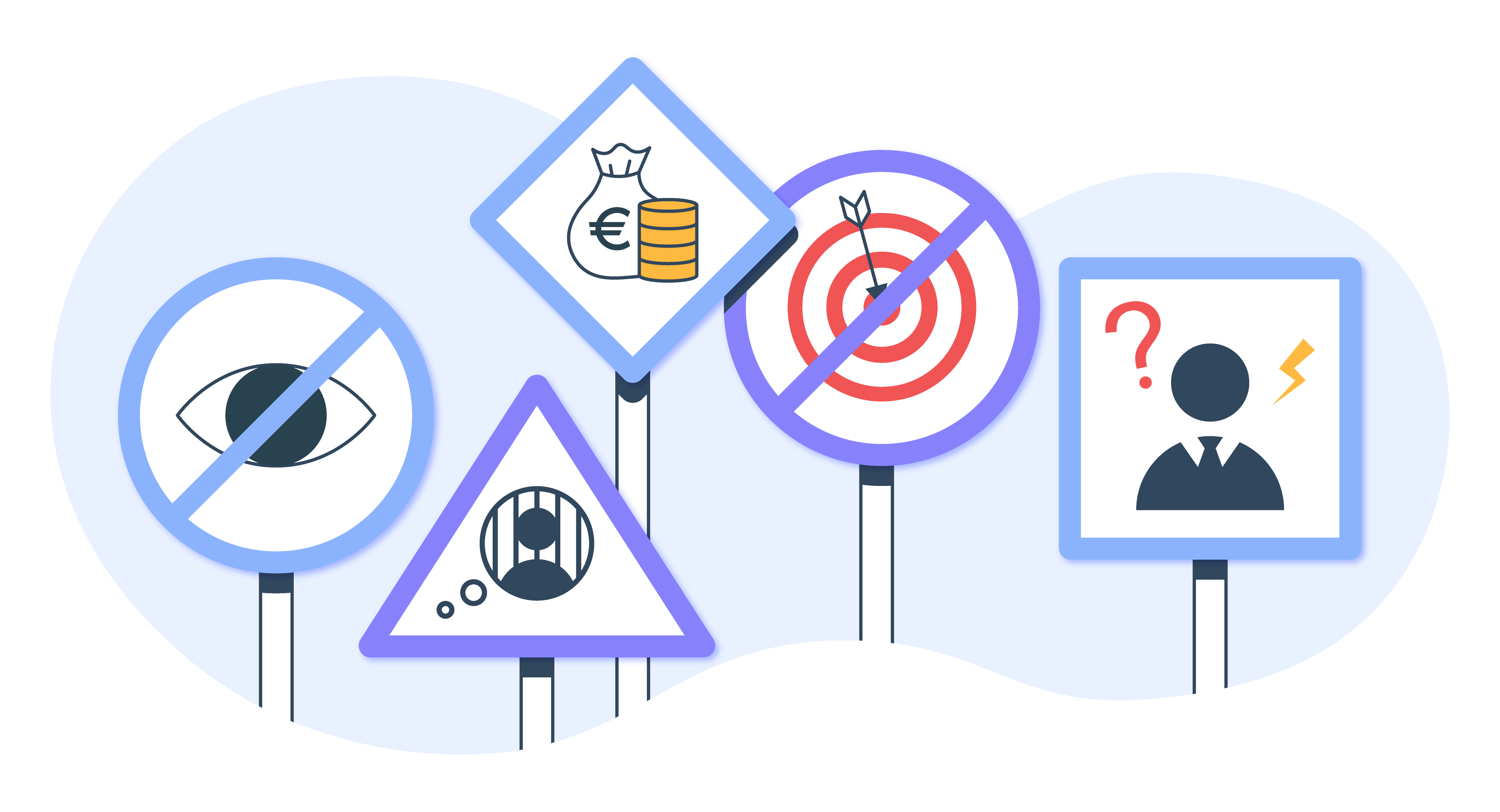 By recognizing warning signs of misconduct in the workplace and having a positive work culture, the possibility increases that whistleblowers will dare to use the whistleblower function and report suspected irregularities or be extra vigilant.

It is important to point out that the points mentioned in this post are not always proof that something is wrong. All people are individuals with unique behaviors, what one person considers to be completely normal behavior can thus be perceived as secretive by others, for example. The points are simple tips on common warning signs that may indicate misconduct in the workplace.

Covert behavior is one of the earliest warning signs of misconduct in the workplace. This can manifest itself in numerous ways. For example, a person may be reluctant to say where they are going somewhere, or generally sneak away. This does not necessarily indicate that something is wrong, but can, for example, simply be about a private person; it is, therefore, essential not to jump to conclusions about people you do not know.

However, if you notice that a co-worker, employee, customer, or supplier is behaving in an unusually secretive way, it may be worth keeping an extra eye on them. However, you should reasonably not confront the person in question in an unpleasant way, as it can seem unpleasant and have negative consequences for all parties involved.

“Guilty behavior” often manifests itself in the form of a person who is afraid of being caught for something. A common way in which this manifests itself is through the person in question blaming himself unusually much, or reacting unusually strongly to accusations in various forms.

Even this behavior, however, may be due to the person in question simply having such a personality. After all, everyone is unique and has personality traits. However, if you or someone else at the workplace reacts to someone behaving unusually guilty, the reason may be misconduct in the workplace, but also that the person in question is feeling bad for other reasons.

Also read: Which whistleblower cases are of public interest?

This point is more relevant in some countries than others, as some countries consider discussions of salary to be taboo. For example, it is common in Sweden not to have full control of what one's colleagues earn, while in other countries you can be very open about it and discuss it together.

Regardless, however, it can be easy to notice that someone is living beyond their means. For example, it could be a person who suddenly has unusually expensive clothes, cars, or houses, or who generally spends much more than they should logically be able to afford.

It is quite possible that, for example, they come from a rich family, had large savings in the past, or have won money in the lottery and chose not to share the information. However, it may also be the case that they get extra money through, for example, bribes, stealing goods from the workplace to sell them for profit, or other types of financial crime. The person may also have other problems or become deeply indebted, whereupon you as an employee can keep an extra watch-out to simply protect the person.

4. A manager who sets unrealistic goals

A manager or other person in a leading role who sets unrealistic goals can cause malpractices and irregularities in the workplace. At the same time, however, it has easily happened that an employee exclaims that “this is impossible” when they mean that this goal requires more time and energy than usual.

At first, it may be best to try to discuss it with the person who has set the goal and try to explain why you think it is unrealistic and maybe offer to come up with a solution together. Common solutions are, for example, to set a longer deadline, reduce the workload, or assign tasks to several employees. You can also try using the tips in the article 5 Secrets to handling a Boss's Unrealistic Expectations from HRnews.

If the manager completely denies that it's an unrealistic goal or calls you lazy or other negative words, it can be grounds for reporting workplace misconduct, especially if it's something that happens repeatedly. If you find that you are repeatedly assigned tasks or goals that you cannot realistically achieve, and then treated negatively if you do not succeed, it may be time to escalate this to other managers within the organization.

It may then be a good idea to discuss it with employees to see if they experience the same thing, or to simply report it further via internal whistleblower channels. If possible, it is good to save relevant information such as communications between you and the manager who set the targets, as this may be useful during the investigation.

When it comes to signs that a person in a leadership position is treating their employees negatively, few signs are as obvious as when employees are acting anxiously or seeming walking on eggshells. This can, for example, be shown by employees reacting in an excessively negative way when something goes wrong or that they do not dare to talk to their boss or meet their gaze.

This fear can sometimes be due to other factors, such as simply being a nervous person who is afraid of disappointing management. However, it can also be a sign that they are experiencing negative working conditions in the form of bullying or other types of punishment.