"The choice of supplier was ultimately quite easy" 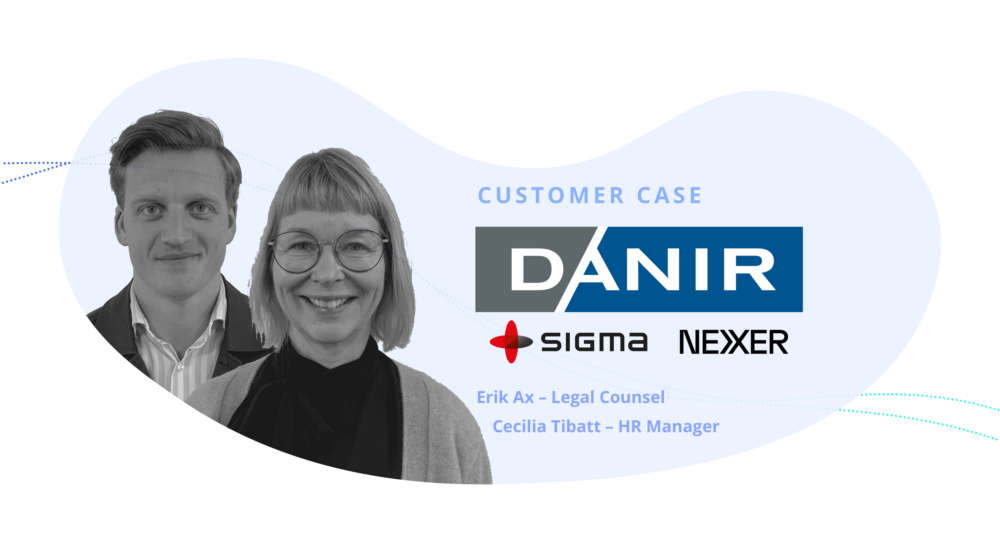 ‍Danir is an international group with over 10,000 employees in around 20 countries with a combined turnover of more than EUR 1 billion. The group includes many large and well-known companies such as Sigma Group, Nexer Group, A-Society Group, mainly in the consulting and staffing industry. The parent company Danir owns, manages and actively participates in the development of the subsidiaries and is also responsible for certain group-wide support functions, including a whistleblower system, but otherwise the work is relatively decentralised.

Erik Ax, Legal Counsel, and Cecilia Tibatt, HR Manager, were tasked with structuring and implementing a group-wide whistleblower function for all European companies and chose to use Visslan's for this. When the project was completed, it turned out to be significantly more straightforward than it first appeared.

Why did you choose to implement a group-wide whistleblower function?

"It is a basic principle within our entire group that irregularities should not occur, which is why it is important to also encourage employees and others concerned to report misconduct. This was the fundamental reason why we chose to implement a whistleblower function, where reporting can take place in a simple and anonymous way", says Cecilia.

From the parent company's point of view, however, they have not decided that all subsidiaries must implement the group-wide whistleblower function – the companies were also allowed to implement their own solution if they so wished. Erik explains: "We were clear that it is important that a whistleblower function is implemented, but it has been voluntary for our various subsidiaries to "add on" the group-wide solution that is administered from the parent company – which the absolute majority of the subsidiaries also chose to do!".

"With a supplier who is experienced, knowledgeable and available, it is much easier to get a complete whistleblower solution in place than it may initially seem"

What were your requirements when you were looking for a whistleblower function supplier?

Erik and Cecilia say that they wanted an intuitive and affordable solution that would be easy to implement while the whistleblower would feel safe in being able to report completely anonymously. "Visslan fulfilled all these requirements with flying colours, so the choice of supplier was ultimately quite easy."

How was the process of implementing and launching Visslan?

“The process felt very smooth! We had a very good collaboration and our contact person at Visslan was knowledgeable, accessible and committed", says Cecilia and continues: "Visslan also showed a high level of responsiveness and flexibility when we needed to make certain corrections in our set-up quite late in the process, which was much appreciated.”

Although they have so far not received any whistleblower cases, both thought that the implementation of the system has been met with consistently positive reactions within the group companies.

Do you have any tips for companies that are just starting to implement their whistleblowing solution?

Erik and Cecilia point out the expectations of what it means to implement a fully-feathered whistleblower solution with how it felt for them: "In advance, it can feel like a very extensive task to get a complete whistleblower solution in place, including the establishment of policies and the implementation of relevant system support, but with a supplier who is experienced, knowledgeable and available, it is much easier than it may initially seem.”

Read more about Danir at www.danir.se/en.