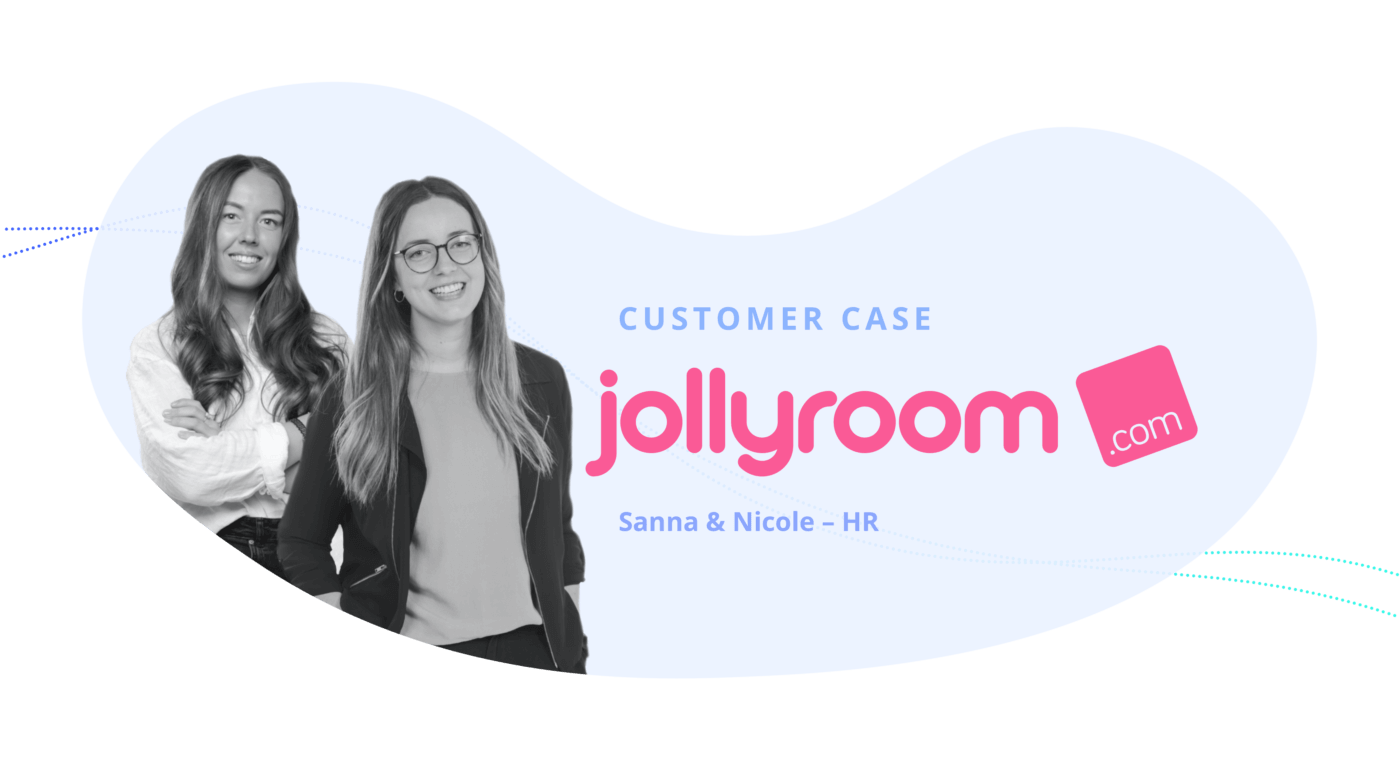 Jollyroom is the Nordic’s largest e-commerce for children and baby products with activity in six markets in Europe, over 500 employees and a turnover of over €200 million. Nicole Bellman, HR Manager, and Sanna Nyman Alenäs, HR Assistant, talk about the journey towards implementing, launching and now actively using Visslan’s whistleblowing system.

Why is corporate culture important to you and how do you work with it?

The employer branding perspective is also at least as important. "Now that we are constantly growing, we also need to constantly attract new employees, and to succeed in this, it is important that there is a clear corporate culture."

In the last six months, they have also worked on developing their "JollyValues" and involved the entire organization, and they emphasize the importance of getting everyone involved in this type of work.

Why did you choose to implement a whistleblowing system?

The legal requirement was a driving part in the implementation of a whistleblowing system and even though Jollyroom previously had good routines for its incident reporting system, whistleblowing in the more serious sense was something they had not thought of before.

"I only see advantages in having Visslan precisely because it becomes clear to our employees and our customers where they can turn to report such wrongdoings and that that channel is completely anonymous", Nicole explains and Sanna elaborates:

“Part of it will be to inform about what types of cases you can send in, but we do not think we should narrow down too much on that. The main point is that we get information that we might not have received through our other routines. We have a legal requirement that actually opens new doors for us to listen through.”

Why did you choose Visslan?

“We thought a lot in the beginning about how we would work with whistleblowing, especially since we prefer to create solutions ourselves. When we first got acquainted with the whistleblower law, we thought that we could probably fix a solution ourselves with IT and make it anonymised in some way”, says Nicole.

After discussions with the IT department, however, they came to the conclusion that those responsible for IT could always see personal data and case information. “It would be too messy and it is important that we do it the right way. There is also a great signal value to employees and customers in having a special whistleblowing system.”

How did the process of implementing and launching Visslan feel?

“I thought it was very good that Visslan gave us good material. Especially in the beginning when we had many questions about what different things mean, the difference between them and what we need to inform about", says Sanna.

Even though they had received training on the legal requirement, which in itself was good, the material they received from Visslan that they could use as a starting point and put their own Jollyroom-stamp on was of great help.

“I thought the implementation and getting started was super simple. It was very clear, straightforward and without any question marks", Sanna, who herself is the case manager in the Visslan-system, continues.

Prior to the launch, they started by adapting the whistleblower policy and then presenting and discussing the solution with the unions, after which line managers were informed and lastly all employees, both through newsletters, morning meetings and with the information available on the intranet and soon also their website.

What would you like to say to companies that do not yet have a whistleblower solution?

“I would like to encourage companies that do not already use a whistleblowing system to do so. It is so much easier and much more serious than coming up with your own solution. I want to send that as an encouragement", concludes Nicole, HR manager at Jollyroom.