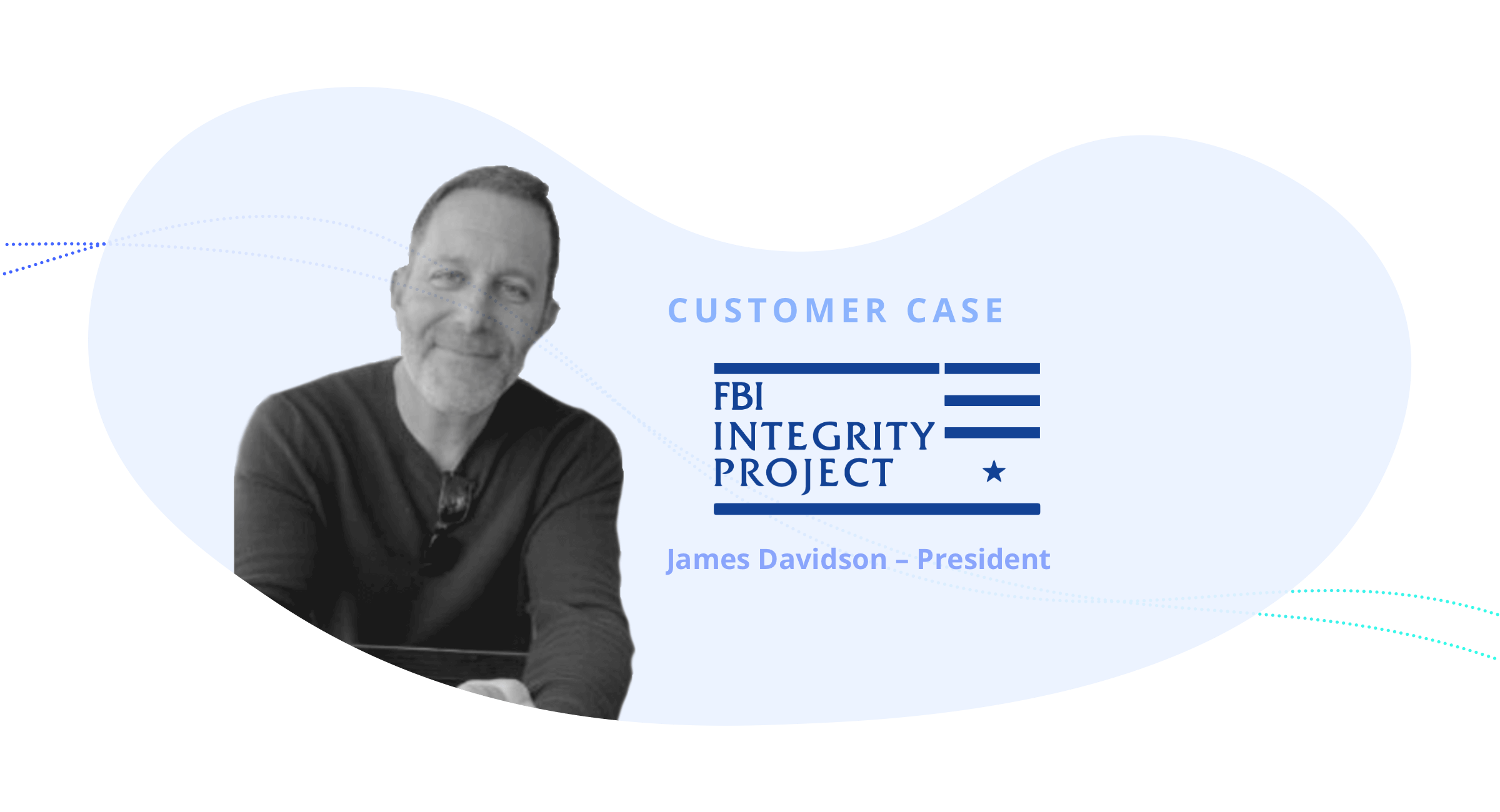 ‍FBI Integrity Project, a nonprofit social welfare organisation in the US, uses Visslan in its mission to safeguard the FBI’s integrity by improving FBI policy and culture. In this short interview, former FBI employees James Davidson, President of FBI Integrity Project, and Mike Zummer, In-House Counsel, explain why and how.

What is FBI Integrity Project?

“Our mission is to improve the policy and culture environment within the FBI to benefit society as a whole by ensuring rank-and-file FBI employees can report abuse of authority without fear of retaliation from FBI managers. Since we began in 2018, we have gotten more and more calls from current and even former FBI employees, who recognize the importance of what we are doing”, said Davidson.

FBI Integrity Project provides advice on any kind of abuse FBI employees feel they are suffering and try to guide them through the various processes available to them. A long-term goal, however, is to ensure these processes are fair, transparent, and have a degree of independence from the FBI and the US Department of Justice, something essential to whistleblowers who are afraid to come forward.

How is the Visslan system helping you in this?

“The Visslan system is a really great tool, especially with potential anonymity for the reporting FBI employee because it provides an extra sense of security”, said Zummer.

“It also allows continuous anonymous communication with FBI Integrity Project for the one reporting”, James filled in. “It provides an enormous amount of security and confidentiality, which encourages rank-and-file employees to come forward. We partnered with Visslan because they understand the nuances and requirements of whistleblowers, especially the need for safety and security.”

What impact do you think Visslan could have on a larger scale?

“I have seen corruption and fraud in everything from small government entities to corporations. Being able to report anonymously and knowing where the information is going is really important”, said Zummer, who investigated corruption in Louisiana, uncovering a 23 million dollar Ponzi scheme.

Davidson pointed out that it could be a good corporate governance tool as well: “I think it really has a lot of great implications for bigger organisations”.

“Visslan would probably be very good in a corporate entity that is genuinely interested in rooting out mismanagement, abuse of authority, and possible illegality. I think it’s a perfect system for that, especially in regards to the anonymity provided. And they’re going to benefit from it. They want to uncover these problems before prosecutors, the public, or the media, especially when it is a rogue manager at the source of the behavior.

Perhaps more importantly, the system can provide a good check and balance on corporate management, dissuading them from the type of aggressive risk-taking that borders on illegality, and forcing them to explore sound and more ethical paths to success.”