"It was all very simple" 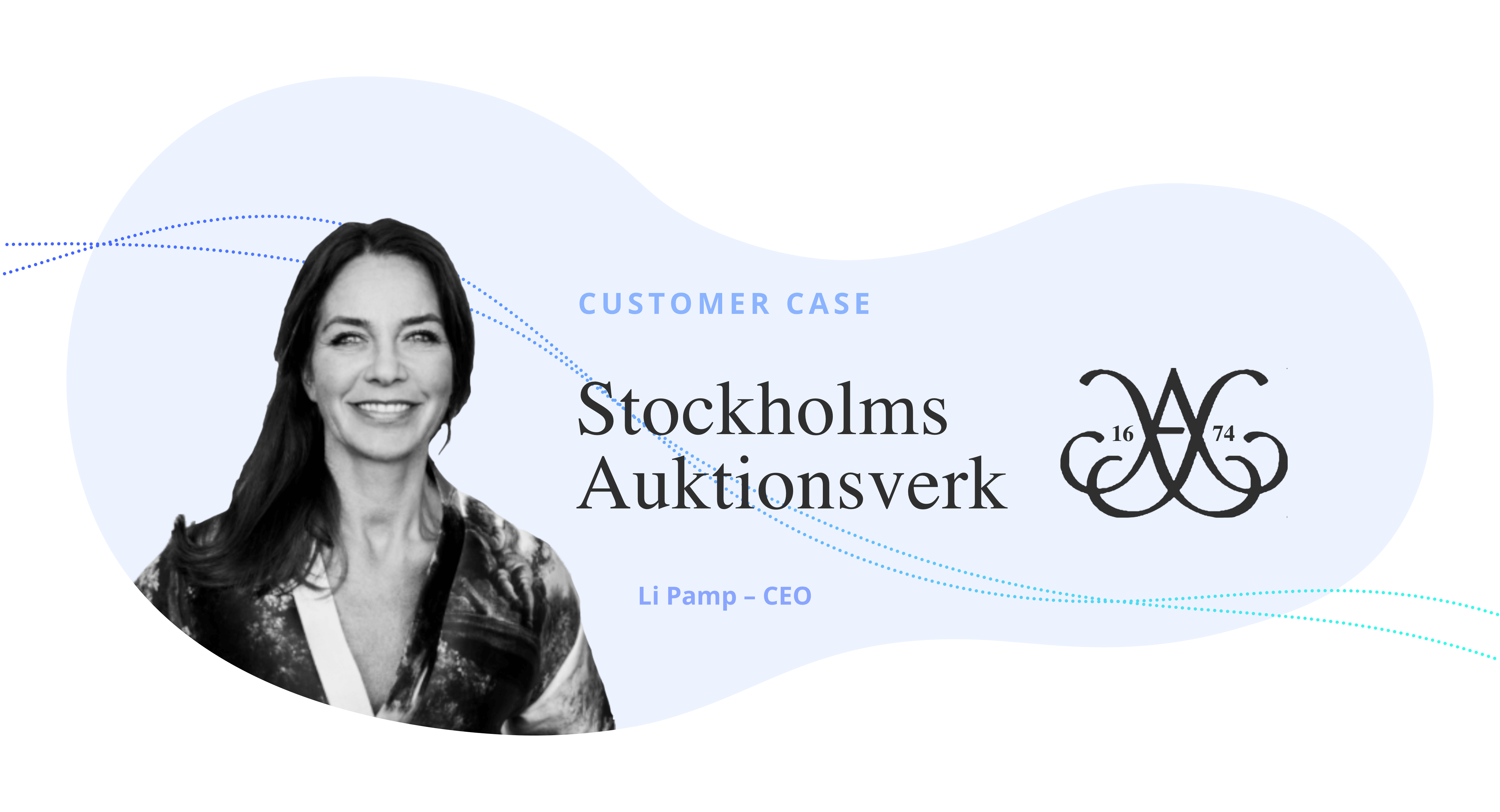 Stockholms Auktionsverk is the world’s oldest auction house. It was founded as early as 1674 and today has just over 100 employees in 3 countries. Li Pamp, newly appointed CEO, is now leading the company on a journey towards cultural change. Visslan became an obvious part of this broad work.

Why is corporate culture important to you?

“Corporate culture is really everything. If we have a respectful tone towards each other, I think it will be contagious also externally. But you always have to start with yourself, because it is the internal culture that actually makes a change in the business”, says Li Pamp, CEO of Stockholms Auktionsverk.

About six months ago, the new management at Stockholms Auktionsverk started what they call the “service journey”, working towards changing the internal culture to one where you dare to say what you think when you are in the room and where the focus is on creating a value-driven culture. “Visslan is a support for that work”, says Pamp.

Why did you decide to offer your employees a whistleblower function?

“Of course, the new whistleblower laws were an important part of the introduction of a whistleblower function, but the main reason we chose Visslan was for the corporate culture: simply to give everyone a chance to speak up through multiple channels, especially those who might now dare to speak out otherwise.”

“It feels safe with the anonymity”

After talking to Visslan, Stockholms Auktionsverk’s management thought that this type of web-based anonymous whistleblower channel sounded exciting. They suspected that there might be people who did not dare to speak up and even if the industry is relatively spared, auction houses could be exposed to, for example, money laundering. It’s important that those who suspect something can feel safe in reporting it.

Why did you choose Visslan?

Pamp says that there were several different reasons, including the upcoming legal requirement, but above all, she highlights the possibility to, as a whistleblower, report anonymously.

“It gives us in the management an honest chance to get a correct picture of how things are in the company and if there are those who feel afraid to speak up. As of today, no case has yet been received, but there is always the opportunity to report anonymously, while we can still follow up.”

Pamp continues: “Another positive thing about Visslan is that it was very simple. We got started quickly and were guided in using the system and how we could launch the function internally.”

What is the next step in your cultural work?

“We continue the “service journey” and hope that our success in improved corporate culture continues and that our employees keep feeling safe and heard”, says Pamp.

“Visslan is and remains a natural part of that work, but in the end, we of course hope that our co-workers do not have to be anonymous to feel safe”, she concludes.